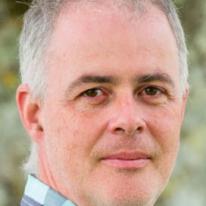 He is a Principal Investigator in Lero and leads and directs the TREES (Trustworthy, Responsible, Efficient Engineering of Software) centre of excellence within Lero: a €6 million centre funded entirely by industry. Follow this link to find out more about the centre and the research positions currently available.

He also leads the ARC group within Lero, a team dedicated to supporting software developers who are tasked with maintaining and evolving software systems. In this capacity, he has one of the most frequently cited articles in software evolution [1] and his work has substantially refined theories of software comprehension and information seeking: core subtasks in the evolving of software systems [2], [3], [4], [5]. He has also defined a state-of-the-art approach for evaluating software systems’ architectures, [6], [7], [8]. This approach has been (independently) identified as a leader in the field [9] and has been used by seven companies based in Ireland today.

More recently, he has focused the group on feature location; the task of identifying where in the source code a specified functionality of the system is implemented. In specific he has providing guidance to researchers designing empirical evaluations of their proposed feature location techniques [10], [11]. Under his leadership, the group have also developed approaches and illustrative prototype tools that are being used by his commercial partners [12], [13], [14] and one of which has been licensed to an international consultancy company who specializes in evolving mature legacy software systems.

As can be seen from the above, Dr. Buckley's research work is underpinned by close collaboration with industry, in line with the University’s strategic goal of being industry-led. He has worked with/continues to work with companies as diverse as IBM, Fidelity, Information Mosaic, ACI Ireland, QAD Ireland, Wood Group Kenny and the HSE. In these collaborations, problems are identified through consultation with the industrial partners and solutions are derived from both academic reviews and observation of practice. The resultant solutions are then trialed in industry, leading to further design refinements and renewed empirical trials.

If you have any software evolution issues in your company that you would like to discuss, we would be more than happy to hear from you at jim.buckley@Lero.ie.