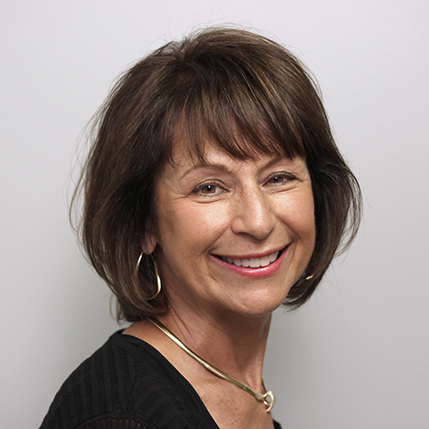 Professor Linda Northrop has more than 45 years of experience in the software development field as a practitioner, researcher, manager, consultant, and educator. She has been a member of Lero’s Advisory Board since its inception.

The role of the Lero Advisory Board is to review the strategy that Lero puts forward, listening to plans and reports of the various research projects. We commend progress and suggest improvements. We often make recommendations about projects we think are weak, understaffed, or disconnected. Over the years, the Advisory Board has become much more integrated into Lero’s journey. I have thoroughly enjoyed discussing the strategies, research trajectories, and research results. I travel to Lero at least once a year, and we've had some highly productive sessions. When we sit down to review research, the Lero team is never defensive; the focus is always on how together we can make things stronger, how can we ensure that Lero has an impact. We identify gaps and weaknesses, and brainstorm how to address them.

What I enjoy most about the experience on the Lero Advisory Board is how organic the board has become to the activities of Lero; we're not this group of austere, reprimanding people that come once a year and point out all the flaws. I think that, in the last five years in particular, the board has made a positive difference in the progress and impact that Lero has been able to achieve. Lero has grown from a small organisation to an internationally recognised centre of software engineering research, and they really have done an impressive job in not only advancing research in software engineering, but publishing in world-class venues and transitioning to the Irish industry base.

Lero has amassed a group of diversely talented people over the years, and there are now Lero-wide initiatives that are having a measurable impact in Ireland. I've been absolutely privileged to be part of this journey, from its nascent efforts, into what has been established today. I think the calibre of the researchers at Lero has increased over the years; I've seen a number of the Lero researchers out and about in the professional community in leadership roles. I've always believed in the power of being involved in the professional community, because I personally have been enriched 600-fold by my relationships with colleagues across the U.S. and abroad.

I have enjoyed hearing about some of the Lero research: the work on the smart cities is near and dear to my heart because that's very close to the work that I did on ultra-large-scale systems. The work on transition to the community has given me new ideas about how researchers can have more impact on the community. I have met some wonderful people that I am inspired by as people and as professionals. I have served on many committees and advisory groups over the years and I must say that being on the Lero Advisory Board is one of my favourite professional activities; the group of Lero researchers are top-flight, and they are immensely collaborative.

I started out in industry, working as a software engineer, and then became an academic. I was a professor of computer science for 17 years, including two years at the United States Air Force Academy as a Distinguished Visiting Professor. I then began my career at Carnegie Mellon University’s Software Engineering Institute (SEI), where I was selected to lead a project in software architecture, an area which was just being formally thought about at that time. Over two decades, I worked with my team to establish the SEI work in software architecture and software product lines. Our contributions are considered seminal and still used worldwide.

In 2005, I was asked by the U.S. Assistant Secretary of the Army to lead a research study on what software systems of the future would be like and what research we would need in order to tackle them, and so I was honoured to constitute a group of world-class researchers from across the U.S. We worked for a year and published our thinking in a book called Ultra-Large-Scale Systems: The Software Challenge of the Future. That book has been widely cited as being prescient for so much of what we are experiencing right now in our world dependent on software-enabled systems. My current research interests are in the role of artificial intelligence/machine learning (ML) on software architecture – both in terms of architectures for ML systems but also how ML can be used to improve architecture practices.

Another special advisory board of which I am a member is for an institution called the Western Pennsylvania School for Blind Children (WPSBC). I am a trustee for that organisation, where I am involved in advising on the IT and the assistive technology for the school. The world of software innovation excites me for its possibilities, but especially excites me for the possibilities it presents to these very special people who have challenges and needs that go far beyond the typical population I've worked with before.

My work at Lero and WPSBC over the last five years has had a great impact on what I know can be achieved through collaboration. I think often when we work with people, we set up shackles and barriers, but it's counterproductive. I was the first female member of the Lero Advisory Board. At the SEI, I was the first female technical director and the first female SEI Fellow. I am very proud that my results in these roles have paved the way for others. My view is that what is most important in life isn't really our accomplishments, but it's the legacy we leave through our work and our interactions with people.