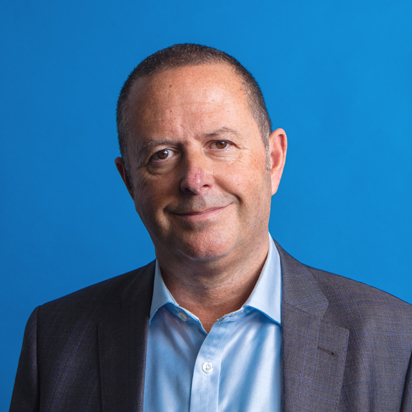 Robert McCarthy is the Programme Director of the IBM Irish Software Lab, and member of the Lero Steering Committee. Robert has worked at IBM for over two decades holding various positions in business development, transformation, research and analytics. Robert was a key member of the team that transformed IBM’s operations in Ireland, and established IBM’s Innovation Exchange group.

“The IBM software lab is one of the largest in the country, and since Lero was established, we have engaged with the centre on a wide range of topics. From our perspective, Lero brings together access to talent, research and above all, collaboration. At IBM, what we try to do is focus on research projects that contribute high-quality software research development and look to produce high calibre graduate researchers that will have an impact on the future development of the software sector in Ireland.

I've worked at IBM for over 20 years; it's a fantastic place to work. I've always been involved on the innovation side of things; what I'm really looking for are things which are novel, and then trying to figure out a way to turn those novelties into something tangible, and trying to make a difference through that. I have been involved in the Lero steering committee; what they do is reach out to key individuals around the globe, not just IBM, but other multinationals, and leading universities both in and outside of Ireland. Lero works to understand the state of play today, and to make sure Lero is at the centre of that. More importantly, they use the deep smarts that they've gathered to steer where Lero is going, and make sure it's one step ahead all the time. What Lero does through SFI, the steering committees, and engagement with industry, is makes sure that its work is meaningful, useful, and can actually steer thought leadership because of the engagement it has with the macro ecosystem.

In 2013, I set up a team which we call the Innovation Exchange: a team of 20 people, mostly PhDs, some of whom are from Lero. We're not really interested in doing research just for the sake of it, so we see our team as researchers with an entrepreneurial hat. We have primarily collaborated with three universities during our time with Lero: University College Dublin, University of Limerick, and Dublin City University. This has been a wonderful experience for everybody involved. These have been cutting edge projects that work to improve quality of software across a broad range of applications, as well as producing a stream of highly qualified software practitioners for the future.

Over the last 15 years, Lero has had a huge impact in the area of research and science. At IBM, we see how Lero is evolving the thematic areas that they are involved in to match how the world is evolving as well. Lero is moving into the spaces of health, autonomous vehicles and AI, and that's interesting to organisations like IBM and all the major IT organisations on the planet today. If you think about Ireland as an entity in its own right, ‘Ireland Inc.’, it's great for us to be seen as thought leaders, and I see Lero as having an impact in that particular space. Lero has been instrumental in laying down foundations, routines and protocols for how things should be done in software research, and that has been constantly evolving over our history and collaboration with Lero. 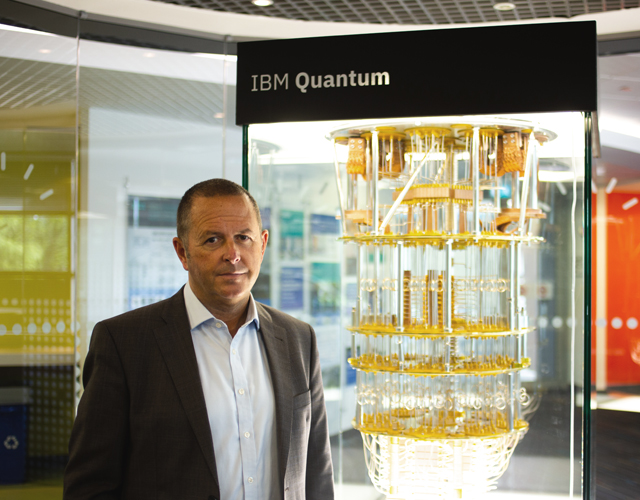 "The talent Lero produces is something that is extremely valuable to industry, not just in Ireland, but worldwide. Lero has a fantastic outreach programme and is committed to developing academics that have an industry touch, which is really interesting to us, and really aligns to where IBM is going."

Lero is instrumental in creating thousands of jobs which is really significant for Ireland, and it's great that IBM has been a part of that journey over the years. We've seen very cool things come out of Lero, such as spin out companies like LogEntries: a company that emerged from UCD following a decade of joint research with IBM through Lero that was recently acquired by Rapid7 for $68 million, turning it into such a big win for Ireland.

The talent Lero produces is something that is extremely valuable to industry, not just in Ireland, but worldwide. Lero has a fantastic outreach programme and is committed to developing academics that have an industry touch, which is really interesting to us, and really aligns to where IBM is going. The types of projects that are emerging and the fact that Lero is working so closely with industry gives these graduates real-world experience: Lero becomes an apprenticeship hub for PhDs. It's the real-world application of their training that has an impact for the students and when they do go out into industry, it's such an advantage.

Nine of the 10 top IT companies in the world are based in Ireland, and I think there's a number of reasons for that. There's the economic aspect, the impact of organisations like Enterprise Ireland and IDA, but there's also the community of practice in Ireland, a hub for developing talent. Lero has been fundamental in steering that ship and putting these foundations in place by starting research with multinationals and SMEs. What that does is it takes on a life of its own and starts to grow something new for Ireland: an export for Ireland.

Lero is one of Ireland's success stories. The fact that it has been around for 15 years is a testament to who they are, and the fact they are so engaged with the ecosystem is evidence of their success. They are not trying to do things alone, they want to do things in collaboration with all the engaged stakeholders, and that's a really nice story for Ireland.